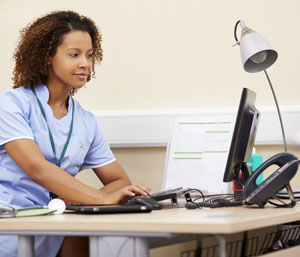 Colorado has cut by two-thirds the time it takes vaccine providers to connect their electronic health record systems to the state’s immunization registry.

To the lay person that might not seem like a big deal. But by making it faster and easier to report immunizations to the registry, Colorado is making sure its residents are getting the shots they need when they need them.

“When these systems are talking, it helps health care providers determine which vaccines patients need,” said Heather Roth, program manager for the Colorado Immunization Information System at the state’s Department of Public Health and Environment.

For its efforts, Colorado was recognized this year with a “Bulls-Eye Award” from the Association of Immunization Managers. The award recognizes state, territorial or local immunization programs for innovative strategies that “hit their mark,” achieve goals and increase awareness. Three winners are announced each year. For 2016, Colorado shared the award with Michigan and New York City. They were chosen over eight other nominees.

Since reporting is voluntary, it hasn’t always been easy getting providers to sign up. But in 2011, the federal Centers for Medicare and Medicaid created an incentive program to encourage providers and hospitals to use electronic health record systems, and that put a strain on public health immunization program databases.

Colorado’s immunization program didn’t have the staff or resources to keep up with demand, and the result was a backlog of more than 600 health care providers, more than 40 percent of them family practices. The backlog was creating significant gaps in Colorado’s immunization data, resulting in some vaccination coverage rates appearing artificially low.

Between May and December 2015, a quality improvement team from the department and the Colorado Regional Health Information Organization gathered baseline data, documented problems, identified solutions and developed an implementation plan. The department also was able to hire more staff members for the program.

These improvements trimmed the provider wait list from 637 to 385, with another 153 providers currently in the testing phase. And there are more improvements to come. The department is working on acquiring an electronic health record system for some local public health agencies that currently lack the capability.